Slave quarters of Sally Hemings, the maid who gave birth to six of Thomas Jefferson’s children, are uncovered and excavated at his Monticello mansion 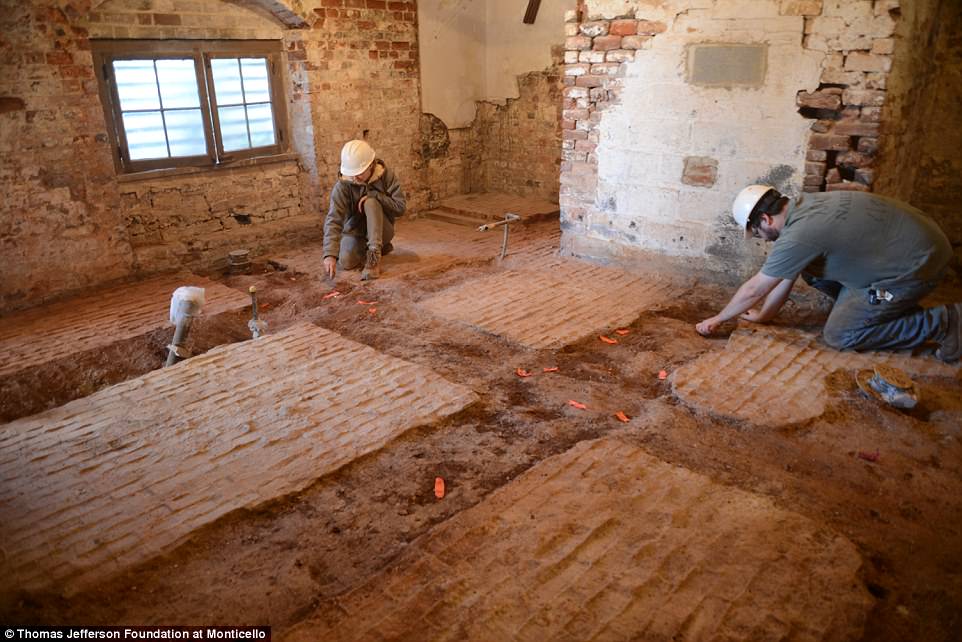 Sally Hemings’ room was discovered at Thomas Jefferson’s Monticello mansion, his primary plantation home in Charlottesville, Virginia. While evidence showed that Sally Hemings lived a better lifestyle than other enslaved people on the plantation, her room didn’t have windows and would have been dark and damp.

Archaeologists have unearthed and excavated an area in Thomas Jefferson’s plantation home that was once the living quarters of Sally Hemings – a slave with whom he is believed to have had six children.

However the area was turned into a bathroom for tourists in 1941.

It was only recently when historians analyzed a description of Sally’s room by one of Jefferson’s grandsons that they concluded it was hiding under a modern day bathroom at the Monticello home.

Archaeologists then found Hemings’ room including a brick hearth and fireplace, the structure for a stove and even the original flooring.