Abdication of the Emperor 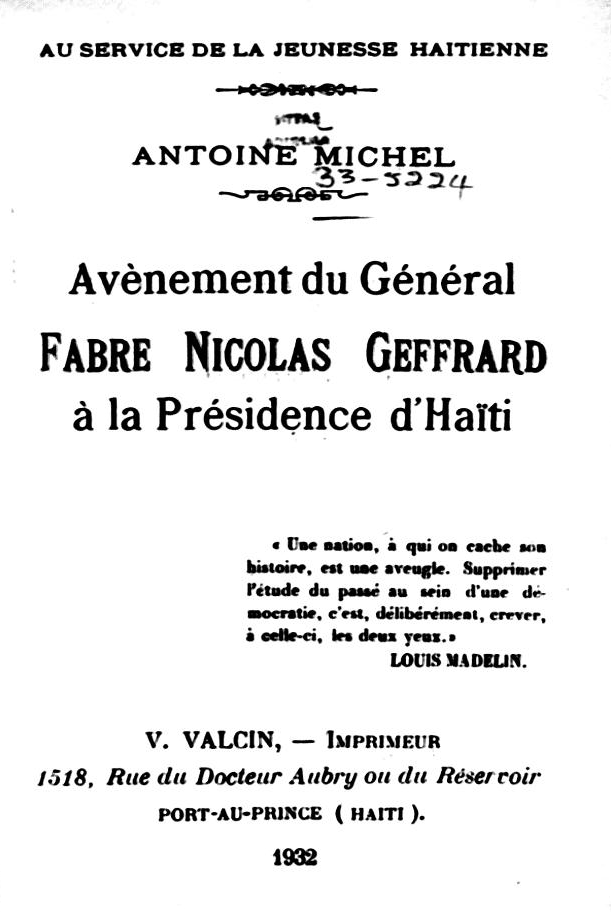 Keeping in mind the favors that the emperor [Soulouque] and the empress had bestowed on him, President Geffrard promised that nothing bad would happen to him or to any member of his family. Geffrard told General Fils-Aimé that he was responsible for Soulouque and that not a hair on his head should be harmed.

Escorted by an infantry detachment of the republican guard commanded by General Fils-Aimé and accompanied by several of his old generals and officers, the emperor was taken on foot from his house on the Rue de la Réunion to the French Consulate on the corner of Bonne-Foi and Magasin de l’Etat street.

Haitians, called on by the will of the people to lead the destiny of Haiti, all my concerns, all my strength has always served the welfare of my citizens and the prosperity of my country. I hoped to be able to count on the affection of those who elevated me to supreme power, but the latest events that have come to pass leave no doubt about the true sentiments of my citizens. I am too loyal to my country to hesitate and sacrifice everyone’s best interests, I believe that I must resign the high functions that I have assumed. I abdicate and my only wish is that Haiti will be as happy as my heart has always desired.

General Fabre Geffrard went to the church to attend the Te-Deum. He announced a speech that explained the goal and principles of the revolution. Following the religious ceremony, he toured the city, where some houses were decked with white flags. He then returned to the imperial palace.