If the bearer of a coat of arms has the title of baron or higher (or hereditary knight in some countries), he or she may display a coronet of rank above the shield, usually below the helm in British heraldry, often above the crest (if any) in Continental heraldry. French heraldry had a set system of crown and coronets. Supporters are not linked with any rank or title, unlike the coronets, and are far less common than in other forms of European heraldry, such as English heraldry. Even the Royal Arms’ angelic supporters are not shown in most depictions. Crests are rare in modern depictions, again in contrast to England. The Haitian coronets as they have been reconstructed, are shown below.

The crowns of the Haitian empire have been reconstructed on the basis of the diploma of H.E. Jean Philippe (Vil de Lubin), Count de Pétionville, sometime ADC to the Emperor and Governor of the Capital of the Empire. The ranks are based on the Ordnances of the Empire. Originally the title of marquis was only issued as marquise (female). 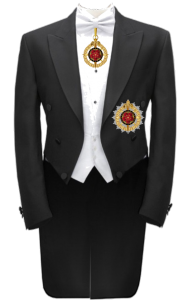 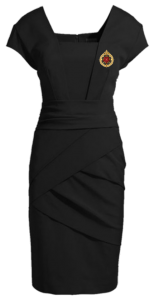