In War and Peace: The Americas’ Broken Promises to Haiti 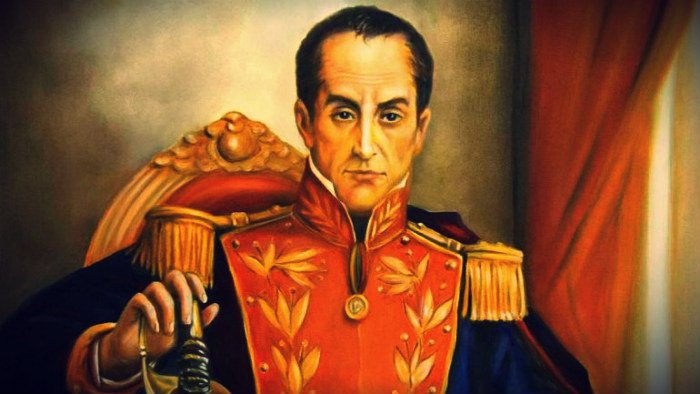 There is a seamless historical continuity between the Great Liberator Simon Bolivar’s arrival in Haiti on this date 200 years ago and the United Nation’s acknowledgment last month that its peacekeeping forces were deeply involved in a cholera outbreak that left as many as 10,000 Haitians dead.

The narrative that binds the two events together is, on its most molecular level, one of Haiti’s betrayal, both by the international community at large, and by its Latin American neighbors, in a string of broken promises that dates back 200 years to Bolivar’s arrival in Haiti.

When Bolivar arrived, as the Haitian writer Dady Chery has written, Bolivar was desperate for help to fight the Spanish, and had no other real options than the tiny, Caribbean nation that had pulled off what is—to this day—the only successful slave revolt in the Western Hemisphere. The only other Republic in the Americas at the time was the U.S. where slavery was in full flower.

With his attempts to emancipate the northern regions of South America throttled by Spain’s superior military, Bolivar had been refused help by the British in Jamaica. He turned to Haiti to seek an audience with President Alexandre Petion, who agreed to see him the following day.

The two men met on January 1, 1816, and Petion interrogated the younger man, a former slave owner and notorious philanderer: “How can you found a republic where slavery exists?”

A pact was struck. Chery wrote that in exchange for Bolivar’s promise to free all slaves from liberated territories, Petion agreed to provide Bolivar and his 250 men with a small fleet, money, food, a printing press for propaganda, and weapons for 6,000 men, including 4,000 muskets and 15,000 pounds of gunpowder.

Bolivar left Haiti on March 31, 1816 with plans to take Venezuela. He failed miserably, returning to Jacmel on September 4, 1816, to regroup. Petion redoubled his efforts, supplying Bolivar not only with materials but also with Haitian soldiers, of whom Bolivar later wrote: “This group of Haitians that faced down 10,000 European tyrants numbered 300 men.”

Chery writes that Bolivar did indeed abolish slavery in his territories, but “this is where the narrative about Petion and Bolivar usually ends, and it is a great story if one believes in fairy tales. Latin America does not like to be reminded that its great liberator, Simon Bolivar, never formally recognized the Republic of Haiti and never sent any diplomatic representative of his new government to our island republic.

In 1826, for the first meeting of the independent states of the Americas, i.e. the Congress of the American States in Panama, Bolivar invited United States President John Quincy Adams, a proponent of the Monroe Doctrine and supporter of the slave trade, but he excluded Haiti.

Which brings us to the U.N. peacekeeping troops, known by the acronym MINUSTAH. Several South American countries supply the peacekeeping force with troops for what is widely seen as an occupation. In 2011, five Uruguayan peacekeepers raped a Haitian boy, and despite videotaped evidence of the crime, were never charged with the crime.

And Brazil, Chery notes, has used its peacekeeping contingent in Haiti to test new military hardware and secure construction contracts for domestic industries and even arranged for Haitians to work for some of Brazil’s most exploitive employers.

You can, Chery argues, draw a straight line from Bolivar’s betrayal, to South America’s participation in the United Nation’s occupation.

“By denying Haiti, pretending that Haitian independence never happened and trying to destroy Haiti’s slave revolution, Latin America cannot become more powerful on the world scene, it can only lose its way and Haiti’s great gift of independence.”