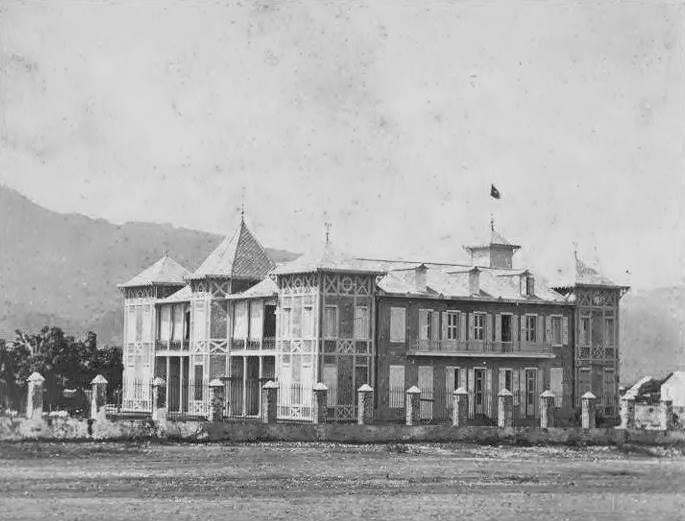 Haiti’s President Jovenel Moise has launched a project to rebuild the presidential palace, destroyed by a devastating earthquake in 2010.

“For many, the post-earthquake reconstruction has not begun as long as the National Palace has not been rebuilt,” he said.

The new complex would be on the same site as the ornate domed building in the capital Port-au-Prince.

More than 250,00 people are estimated to have been killed in the quake.

Speaking on Wednesday at the temporary presidential residence on the grounds of the collapsed palace, President Moise set up a committee of engineers and architects to oversee the project.

He said he wanted construction to begin before the end of 2017.

President Moise, who assumed office in February, also said the facade of the palace should look the same, but the interior would be adapted to the needs of a modern presidency.

The cost of the project is yet to be estimated.

Decades of poverty, environmental degradation, violence, instability and dictatorship have left Haiti as the poorest nation in the Americas.